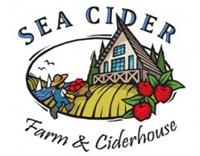 Sea Cider is a farm-based cidery located on the Saanich Peninsula just minutes from Victoria, on Vancouver Island. Our ten acre farm is home to over 1,300 apple trees, made up of over 50 varieties of heritage apples.

Sea Cider opened its farm gate for business in 2007 when owner Kristen Jordan purchased the property with a vision of creating an organic farm and orchard and producing traditional fermented artisan ciders. Since then, we’ve grown to an annual cider production of over 7,000 cases and growing. We continue to pride ourselves on crafting traditionally fermented ciders from organically grown apples, and our award-winning cider is now available throughout B.C., Alberta, Manitoba, Washington State, Illinois and Oregon.

Sea Cider Farm & Ciderhouse has also become one of the top agr-tourism attractions in Victoria and Vancouver Island.
Relax at our ciderhouse, and drink in the panoramic water views overlooking our orchard across the Haro Straight to James Island. The Ciderhouse is open for tastings and tours year round 11 to 4. Sea Cider is also the perfect venue for large and small weddings and corporate events and family functions. Enjoy a flight of ciders paired with organic cheese and other local delectables. Top off your visit with a tour and browse our selection of hand crafted farm product. 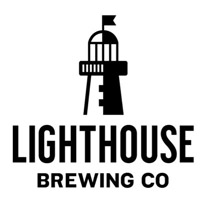 Starting a craft brewery in 1998 was, by necessity, a labour of love. The demand for hand-made, small-batch beer was not what it is today. But those first kegs of our Race Rocks Ale we proudly delivered to local pubs and restaurants found a market that was receptive to flavourful, locally brewed ales back when bland, generic beers ruled.

It turns out we were onto something. Though our lineup of beers has grown, the way we brew all of them—always keeping quality and consistency in everything we do—remains the same. That artisanal spirit that Lighthouse was founded on continues today: brew excellent craft beer every day. 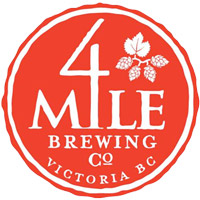 About the Brew Pub

Our comfortable tudor design, leaded-glass windows, fireplace and rustic decor evoke images of a by-gone time when good-living was king. A large local clientele as well as patrons from downtown Victoria and travellers from the world over make it an interesting place to spend time and enjoy a meal. Our casual dining menu and warm service combines old-world style with a distinctively West Coast flare at an affordable price.

Boasting an extensive wine and scotch list as well as a year round patio, Four Mile Brew Pub can accommodate any event. Come celebrate your special occasion with us.

We are currently pouring:

We brew the beer we love to drink. Bold, but balanced. Flavourful, fresh. Always. Great Beer for food. Great beer on its own.

We love where we live. And our beer shows it. Canadian malt, Cascadian hops – delicious. Beers with global relevance and a West Coast accent.

We think beer is beautiful. So we keep it that way. We serve only unfiltered, unpasteurized, naturally carbonated beer, made without preservatives.

And we sincerely hope you enjoy it as much as we do.

Vancouver Island Brewery was the Island’s first craft brewery. From humble beginnings in a small warehouse in Central Saanich in 1984 we began by handcrafting a small selection of draught only products for pub customers on Vancouver Island.

Through loyal Island support, we began to grow and add to our portfolio of fresh handcrafted local ales and lagers. In 1995, we grew out of our original operation and made the decision to build a new brewery at 2330 Government Street in Victoria B.C. where the brewery still stands and operates today.

We have grown from just 6 employees in 1984 to over 40 today and all of our brewery employees are “Islanders” with true Island roots. We have developed a 30 year tradition and connection with Vancouver Island. We are proud of our history of supporting numerous local businesses, charities, and community events over the years. Part of our brewery’s philosophy will always be to make a positive impact and commitment to our local community. It is our intention to ensure the community stays vibrant, growing and long lasting.

Our handcrafted, all natural beers have won numerous international awards. It is our philosophy to brew all natural, world-class beers that reflect life on the west coast; clean, fresh and natural. Historically, breweries have played an important role in their communities and we hold true to this tradition by supporting many local organizations and events.

There once was a brewer named Matt,
Whose passion for beer was unmatched,
He dreamed of a day,
He’d make beers his own way,
And the plan for a brewery was hatched.

He drew up his organization,
But none of the banks in the nation,
Would lend him the cash,
To start his first mash,
So he grabbed credit card applications.

And so it was in 2001,
With his credit line under the gun,
In a town by the sea,
Called Esquimalt B.C.,
:He opened his beer factory.

Now there were no windows for light,
And to brew he rolled his bed up real tight,
Cause there wasn’t much space,
In that dark little place,
But his :first beers were sure big on taste!

Then one day in 2003,
Matt made a grand discovery,
A forgotten stash,
A stubby bottle cache,
And the : Phoenix Lager rose out of the ash.

Phillips was a small sensation,
So Matt added to his staffing equation,
He hired two guys,
With adventure in their eyes,
Mr. Bell and Mr. Bell—no relation.

By now it was 2004,
And one night as Matt opened his door,
Beer spilled all around,
And his dreams almost drowned,
As the Phoenix Flood soaked through the floor.

The landlord was sure not impressed,
By the size of the sticky beer-mess,
They were given the boot,
But remained resolute,
That Phillips beer would continue to brew!

So they moved to a :place down the street,
And a :blue truck made deliveries,
In ’05 it retired,
But the boys were inspired,
And the Blue Truck Pale Ale was released.

As excitement continued to swell,
The styles of their beers did as well,
Creativity boomed,
As seasonal brews,
Continued to fly off the shelves.

When 2008 rolled around,
Those beer-loving Phillips folks found,
They were too short on space,
To keep up with the pace,
So they decided to move their home-base.

Victoria was the perfect place,
And the team found an :ideal space,
It had enough room,
For all the beer they could brew,
Plus a :room where the customers taste!

Over 10 years of beer have elapsed,
The Blue Truck Pale Ale’s been :recast,
There’ve been :alien sightings,
A little in-fighting,
And a :3000mL hop blast!

But this story is still far from finished,
Cause Phillips’ passion will never diminish,
For crafting great brews,
With creative flair too,
That’s a promise they’ll never relinquish.

Our beer is inspired by centuries of European brewing tradition and propelled forward by Canadian passion and creativity. Our beautiful German brewhaus allows us to implement the most challenging brew methods into our processes from step mashes to decoctions. These methods are what give our beer unmatched balance and depth.

The newest and most exciting addition to the brewery is our barrel-aged sour program. Sour beer has fruity, tart, and vinous characteristics. Keep in mind that while it’s easy to drink quickly, it can take anywhere from eight months to three years to mature, requiring a tremendous amount of planning and patience.

A HISTORY OF QUALITY.

Very few people get to study craft beer under one of the pioneers of the North American micro-brewery movement. Frank Appleton taught me what it means to make great beer, and I am truly grateful for that.

Frank and I set up the brewery in Victoria’s historic Swans Hotel in 1989. When he moved on to build other breweries, I took on the role of Brewmaster and began honing my craft.

In 1998, I founded the brewery at Canoe Brewpub. I brewed there for 13 years, focusing on developing award-winning beers and fostering a sense of community between brewers and beer enthusiasts. For me, it is community that really counts: getting together with fellow beer lovers, talking shop, sharing a few pints, and having some laughs. I bring this fundamental passion to every batch I brew.

“Make great beer,” Frank told me. “The rest will follow.” While my understanding of the craft has matured over the years, Frank gave me the foundation I needed. I strive to create interesting and thoroughly enjoyable beer. Beer that looks good in the glass, feels good in the mouth, and lifts the spirit—and for that, I am proud. 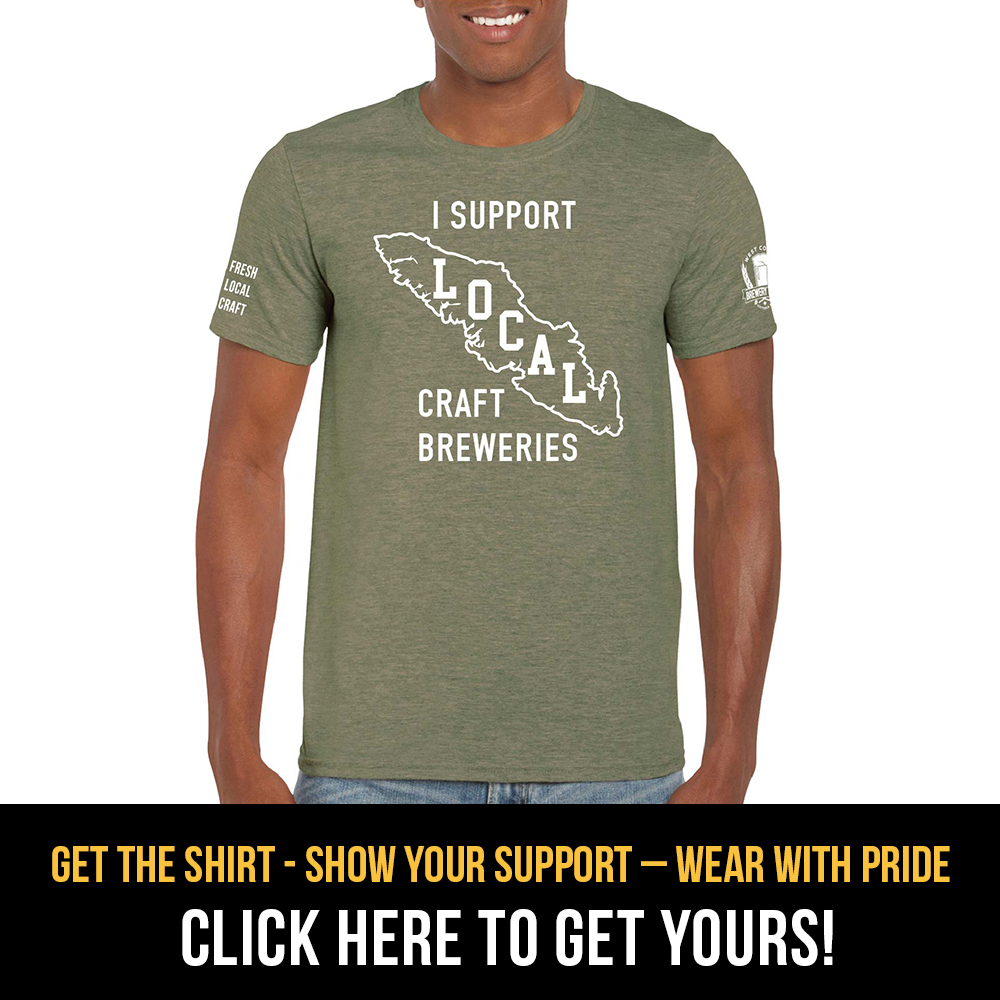